About The Old Man of the Mountain Legacy Fund 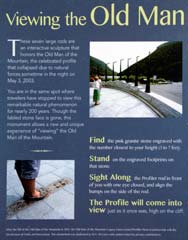 The Fund's primary focus has been creating a permanent memorial to the Old Man of the Mountain. Based on the design of Ron Magers and Shelly Bradbury, and thanks to the support of many people throughout New Hampshire and far beyond, the Old Man of the Mountain Profiler Plaza was dedicated in June 2011 on the shore of Profile Lake. The Plaza includes 1,000 paver stones engraved with the names and memories of friends of the Old Man and Franconia Notch, along with seven "profilers," which allow visitors to again see the famous Profile on the mountain.

The Legacy Fund maintains an exhibit at Cannon Mountain's Tramway building and at the start of the path leading to the Profiler Plaza.

Old Man of The Mountain Legacy Fund
Board of Directors 2021

No More Than 5 Designated Representatives of the NH Dept. of Natural & Cultural Resources, the NH Division of Parks and Recreation, Franconia Notch State Park, and the Society for the Protection of New Hampshire Forests 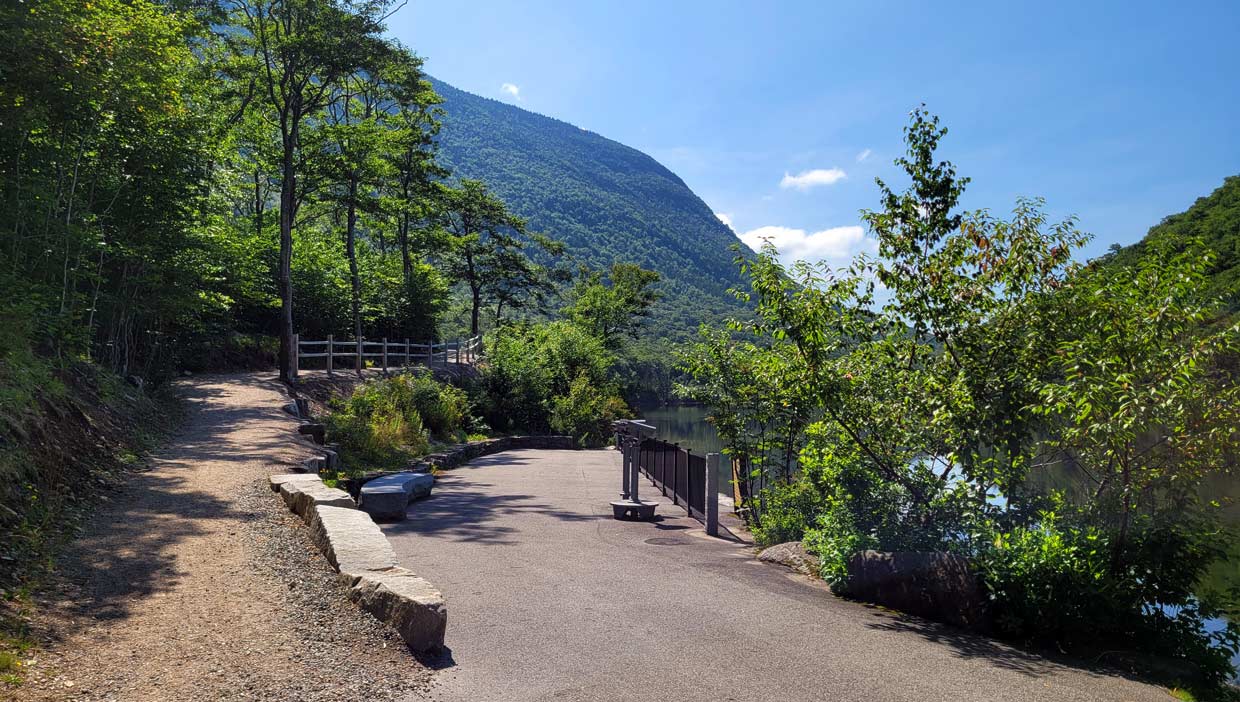