Geology of the Old Man of the Mountain 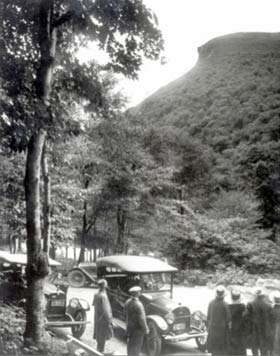 Nobody really knows how old the Old Man of the Mountain was when it fell in 2003.According to the official New Hampshire history, in 1805 early road surveyors Francis Whitcomb and Luke Brooks, part of a Franconia surveying crew, were the first white settlers to record observing the Old Man. So it was at least 198 years old.

(Since the Old Man's collapse in 2003, many people have wondered if it would be possible to "rebuild" the Profile on the side of Cannon Mountain. For detailed geological analysis of the instability of the rock mass on Cannon Cliff following the Old Man's collapse, please read this article.)

The protruding ledges that composed the Old Man Profile were probably not there when glacial ice flowed south through Franconia Notch. The most recent Ice Age began some 2 million years ago. The ice was so thick that it even covered the top of Cannon Mountain.1

Flowing glacial ice is filled with sand, gravel and rocks, which when dragged over the land surface, acts like a huge sheet of sandpaper, smoothing the rock underneath. This action shaped the valley between Cannon Mountain and the Lafayette Range into a U-shaped glacial valley.In NH we call these notches.There are also Crawford Notch and Pinkham Notch, to name just a few of them.

Scouring by flowing glacial ice, would not produce sharp, protruding ledges. Thus the old man must have been formed AFTER the glacial ice had melted from this area.Glacial geologists now think the ice was gone from this part of NH by about 12,000 years ago.

The Old Man’s profile, before and now.

Water freezing and thawing in cracks of the then exposed walls of Franconia Notch split off pieces of the granite.Chance removal of just the right pieces, produced a set of five ledges, that when viewed from just the right angle, had an uncanny likeness to a man’s profile.

The granite that makes up Cannon Mountain is called the Conway Granite. Jurassic in age, it was intruded as magma into the rocks of the notch area during the time of the dinosaurs, some 180 million years ago .2 It’s pinkish color comes from one of the minerals that make up the granite. Called feldspar, this mineral slowly crumbles over time as water chemically breaks down the feldspar. This along with frost action eventually made the lower ledges so weak that on the night of May 3, 2003 the lower ledge could no longer support the massive weight above. Turnbuckles and iron rods, installed over time to hold the separate pieces of the Old Man together, could not hold the weight either. The front rocks of the Old Man pitched forward and fell onto the talus slope below.

Geologist Brian Fowler’s vision of the probable fall of the Old Man. 3

Ironic…that the processes of weathering and erosion that created the rock profile, sometime after the end of the Ice Age, continued to work on the rocks making up the Old Man and caused it to eventually fall.

1 Cannon Mountain (AKA Profile Mountain, site of the Old Man) is named for the “Cannon” along the upper ridge of the mountain. It can be seen to the right of where the Old Man Profile was located. It is a series of boulders which, when viewed from the foot of the mountain, resemble an old time cannon.

2 Read the FULL REPORT as written from Project Web 2003 by clicking HERE.

3 Read the FULL REPORT of the Stability and Collapse of the Old Man for the Mountains as written by Brian Fowler by clicking HERE. 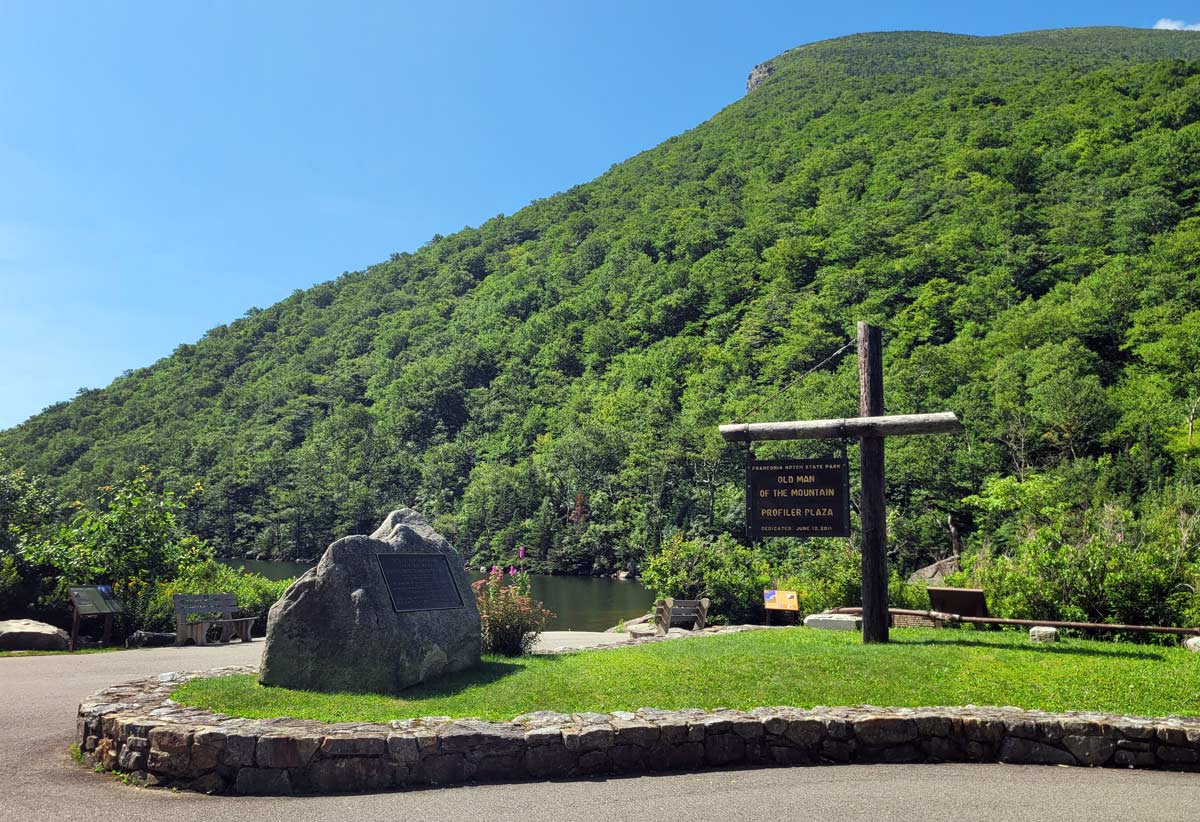